We talked about some melodious tunes of Shankar Tucker in the last post. In his album The Shruti Box he has also collaborated with Nirali Kartik to produce an awesome bandish based on Raag Bheem Palasi. The mukhda of the bandish goes like this
Ja Ja Re Apne Mandirvaa Ja..
Nirali is a upcoming classical singer  from Ahemdabad. Born & brought up  in a musical family of Ahmedabad, she is related with Mewat Gharana. Their jugalbandi in this composition is so enchanting. that you can't have enough of it.
Infact Shankar has included some film based numbers also in his album. The notable among them is a song from Slumdog Millionaire. Then there are two numbers from Iyer Sisters : Vandana and; Vidya. Their rendation of a tamil bhajan Nee Nenaindal.. sung in praise of goddess Mahalakshmi has got tremendous popularity on the net.
All in all the debut album of Shankar Tucker is worth every penny. Hope we will hear much more from this talented musician in near future.
Click Here to read Hindi version of this post.
Click Here to post ur valuable feedback.
Posted by Manish Kumar at 9/26/2011 11:42:00 PM

Shankar Tucker is a musician who has become an object of curiosity because of his immense talent as well as nationality. Shankar is master of Clarinet which is originally a German instrument. The mastery of Shankar lies in the fact that he plays clarinet by fusing it with Indian classical music,a feat not performed earlier by any foreign artist earlier. 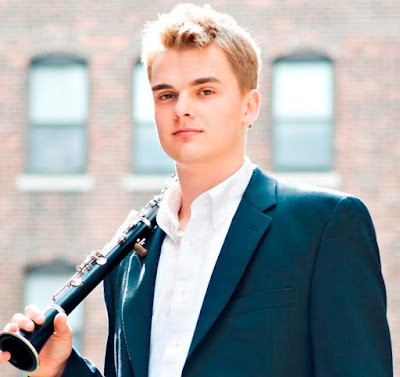 Recently Shankar launched his album on You Tube named as The Shruti Box. It has eleven tracks . Six of these tracks are instrumental & rest  five are mixture of bhajans, film songs & classical fusion. Shanker's magic works in each of these tracks. Out of these 6  instrumental tracks, my personal favourite  are Night Monsoon, Lemon Grass and Sonu.

To know more about Shankar and his music you can read my detailed article in Hindi here...

Just to give you the glimpse of  the soothing  soulful music  which Shankar creates, let us listen to this instrumental track.